Pea In Your Coffee?

A recent article on Foxnews.com indicates that the country of Cuba, known for it’s “cafesitas” is investing millions of dollars into revitalizing it’s coffee economy.

The money, 9.5 million dollars of the island country’s dwindling funds, was spent modernizing it’s production techniques.  The goal is for the country to supply it’s own people with the valued crop, something that hasn’t happened in many years.  Cuba still imports a large portion of what it needs in java.

In the past, the need for coffee was so bad in Cuba the coffee suppliers began mixing peas in along with the roasted beans.  The article does not make clear what sort of peas are used, but indicates that the stretching of their coffee product began in 2005.  People have become so used to the mix they comment that true 100 percent coffee now tastes strange to them.

This was a country known for their coffee output.  The article notes that in 1960 Cuba harvested 60 thousand tons of coffee and was a major exporter.  This year the crop was just 6 thousand tons and Cuba imported another 12 thousand tons just to cover the country’s needs.  The reason for the fall off is blamed on citizens moving to the cities and the lack of upkeep on coffee farms in the country. 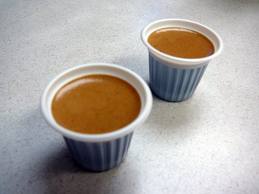 While those of us who aren’t very familiar or interested in Cuba and it’s history will only glance at this and move on, there are others of us who realize the impact of this downfall in coffee history.  A primary symbol of Cuba, along with its well known cigars, is the coffee it produces.  A “cafe cubano” is a supercharged hit of dark, rich espresso served with healthy spoonfuls of sugar.  It is so rich that only the hardiest of drinkers will down it without the aid of a small side of ice-water to sip it down with.  The drink is part of the Cuban culture, it is “As American as apple pie” if you want to think of it that way.  To know that they are struggling to keep themselves in coffee could be compared to Florida citrus growers cutting their orange juice with tap water to make it go farther.  It is a sad story for a country once rich in many things, not only coffee.

This entry was posted in Coffee Talk. Bookmark the permalink.

One response to “Pea In Your Coffee?”